Principles - Why use them?

The main benefit of principles is they dramatically increase your capability and align behaviors with other people. 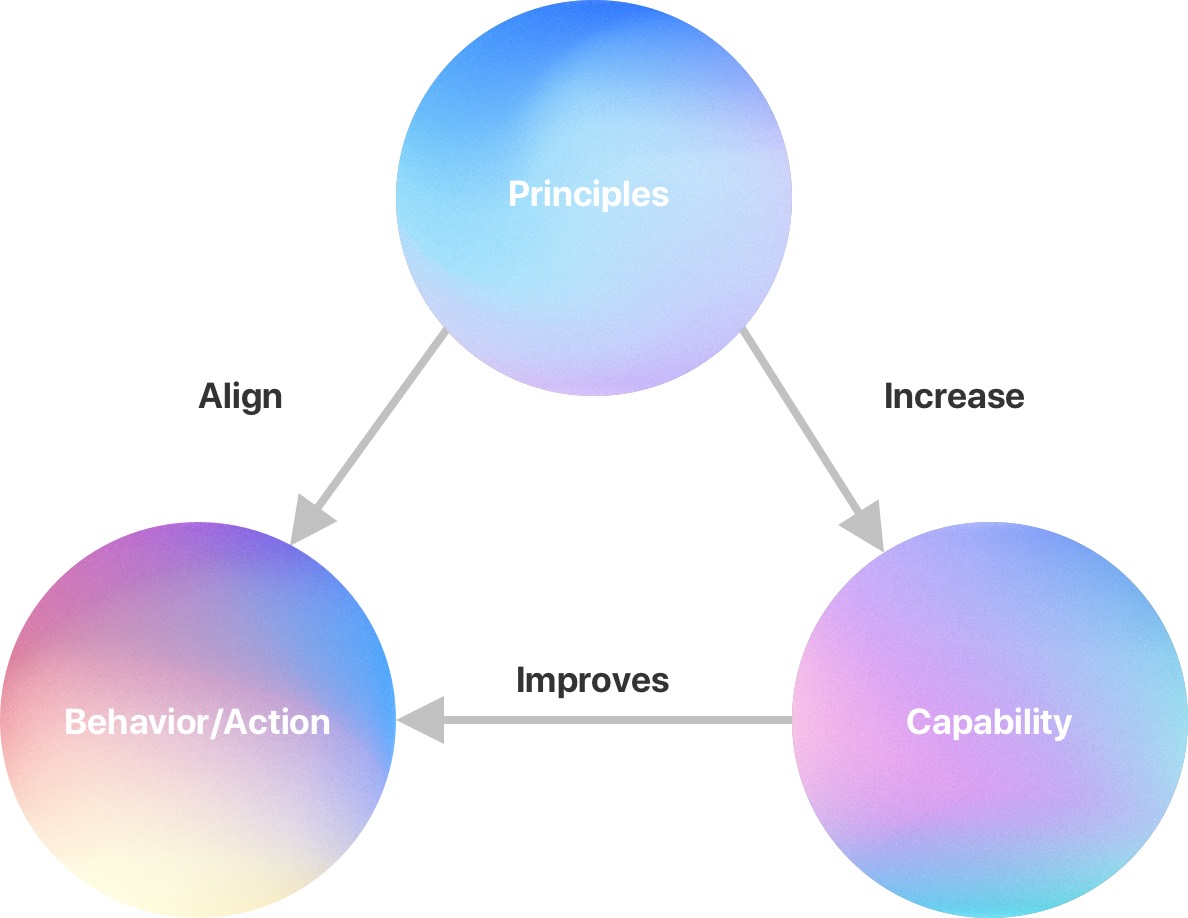 Principles increase capability as they are logical recipes for behavior that allow you to adopt someone else's successful behaviors to make you more capable.

Principles align behaviors by sharing interrogatable logical reasons for why things are the way they are, allowing anyone to understand the logic behind a course of action.

For Engineers, that means you become a better developer and work with developers who think similarly to you. For leaders, your teams are more capable, aligned, and more productive.